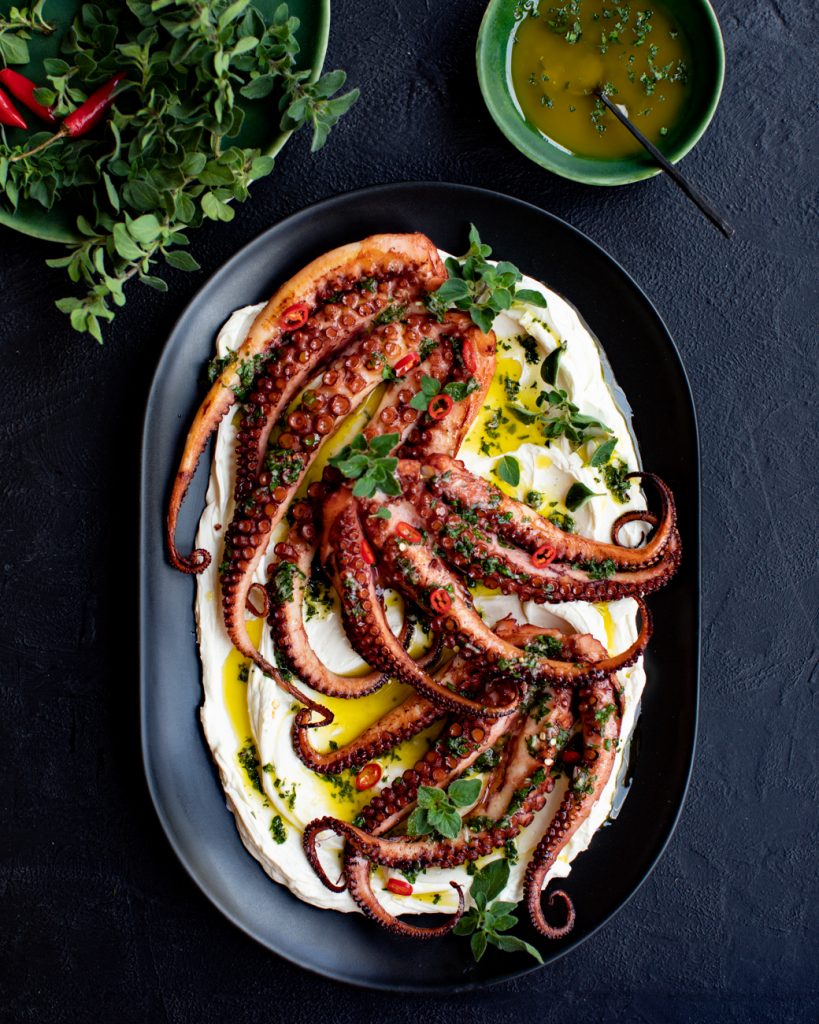 For the whipped Fetta

Wash and clean your octopus, removing the internal organs, ink sack, and as much of the outer skin as possible. Alternatively, you can have your fish monger do this for you.

Place the Fetta and olive oil in a food processor. Whip until it has a smooth consistency.

Combine all the dressing ingredients together in a jar and mix until well combined.

The octopus can either be cooked on the BBQ or in a pan. To BBQ, place the octopus on a hot BBQ and cook until nicely charred on both sides. To cook in a pan, drizzle olive oil in a large, heated pan. Add the octopus and cook until both sides have a nice golden colour (this shouldn’t take longer than 5 minutes on each side).

To plate, spread the whipped Fetta on a platter, top with the octopus, drizzle the parsley dressing over the whole platter and garnish with oregano and chilli. Serve immediately (it goes beautifully with crusty bread).